Dressing up isn’t just for children, and shouldn’t be kept for going on a special date! 15 months ago I decided to learn to dance. No mean feat for an inactive, chronically unwell 55 year old. With very little knowledge (apart from watching the movie) I decided to join the local Burlesque troupe and signed up for Burlesque lessons. Fun times began as I learned to dance, made new friends and started sewing costumes for performances.

Our latest show’s theme was Toon Town, and I was part of a Boy Band, ‘The Toon Town Boyz’. I chose to be the ‘old guy’ in the band and my alter ego as Fred Flintstone was born. Our act had two parts, a farewell tour and a comeback tour. Due to my health I was given the opportunity to be in a seated walker for the second part.

Burlesque is the art of the tease; it’s about suggestion rather than getting your kit off quickly. No public photos are allowed during performances, and as such I don’t have many of me in costume. Dance is hard work and a lot of practice with a few or so mistakes along the way! Removing clothes is part of the routine, and as such I needed to make some dress-up (or is that dress down) clothes that are easily removable. I had 4 reveals (items you remove) – a personal item (my club), a small item (my tie), a top (my dress) and shorts. I like to maintain a tad of modesty, so keep a bra and underwear on – in this case a smaller pair of shorts. 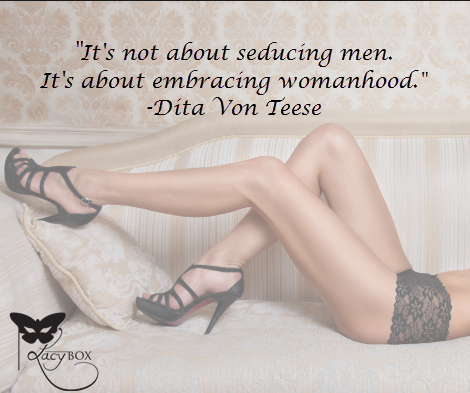 My All Dressed Up wardrobe was to comprise of a modified Magnolia as my dress – I promise this will be the last time I make one for a blog tour! My over-shorts and undershorts are both variations of the Endless Summer Shorts. I free hand drew my tie, and the club came from the dollar (pound) store!

I bought some (almost) cave man fabric; it is stretchy and has sparkly sequins on it. My dress needed to be big enough to have the other layers underneath it, plus a diaper for the second act – did I say we had to have a revival tour because I couldn’t pay my nursing home fees? As such, I made the Magnolia in my usual size but narrowed the skirt to make it more A-Line. I scooped out the neck, made it sleeveless, and finally cut a large zigzag across the bottom to just below knee length. All show dresses must come off though, so I added some snap tape at the shoulders to allow for a quick pull and shimmy!

My shorts are both based on the Endless Summer Shorts. My over-shorts needed to be removable, and the undershorts had to be snug enough to stay on when I ripped the other ones off! Snap tape is now one of my best friends; it’s much easier to sew on than individual snaps and one good pull and they’re off! I had to practice a lot – if you’ve ever seen The Full Monty you’ll know what the trouser removal scene looks like. Apparently our version was hilarious! To create the over-shorts I chose a lovely cotton dinosaur fabric that I’d been hoarding. I lengthened the shorts to knee length, though if I make them this length again I’ll narrow the leg. I sewed snap tape down each side and secured the waistband with aptly named “stripper clips”. With a little practice I managed to undo the clips without looking; then one good pull and off they came! Phew! 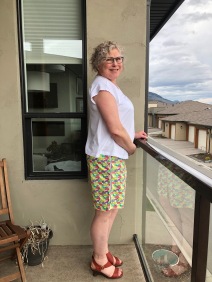 Underneath I wore my Wookiee shorts – after all I was a Cave Man! I made my usual size in a furry fabric that shedded everywhere. I added a knitted waistband in the dress fabric for cuteness. They were a quick sew and while a bit itchy to wear, looked fab.

Worn with my Trendy Tank

This hasn’t been much a ‘how to sew this’ blog post so much as a little peek into my world of dance. I hope it hasn’t shocked you too much and if it has, well …  don’t give up on me!

Don’t miss out on any of the stops on the All Dressed Up Blog Tour:
Monday 4/22
Lisa of Mabey She Made It
Suzanne of Winter Wear Designs
Tuesday 4/23
Gwen of Crafty Curly Couture
Wednesday 4/24
Patricia of Sew Far North
Laura of Custom Made By Laura
Thursday 4/25
Alyssa of The Sewing Goatherd
Rachel of  Violets and Jewels
Friday 4/26
Aurelie of Maglice and So
Laurie of The Bear and The Pea Atelier